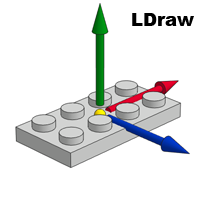 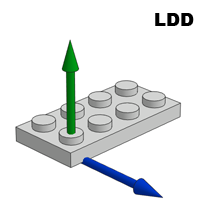 The conversion between LDraw and LDD is governed by the ldraw.xml file which contains all the information about these differences. The file can be found in the „LEGO Digital Designer/Assets“ directory (where „LEGO Digital Designer“ is the directory in which LDD 2 is installed). Though the current LDD ships with a version containing a good bunch of translations compiled by the LEGO Universe Team and LDraw-Users you might replaced with an updated version that can be found here (to download the file right-click the link and select "Save Tages As...").