Prior to the move to the Peeron server, Jacob was the server administrator and the Linux editor here at LDraw.org. He was responsible for maintaining the programs on the script that run things like the Parts Tracker, assisting others in their upload needs. Currently he assists in creating Linux materials for the site and fielding Linux questions from users. Jacob has been an active part of the LEGO community for many years, and his involvement dates back to when James first released LDraw.

Jacob started using LEGO as a little boy. "It was a toy. And apparently a good one." He remembers getting a big red technic tractor the christmas before his seventh birthday, "My dad and uncles really felt they "had" to help me build it."

Jacob continues to play with LEGO because at heart he feels he is just a big kid. That is also why he is a physicist, he just has to play with stuff!

Town is his favorite line. He enjoys building larger sets and models as he seems to enjoy the level of detail that this allows. He pulls his inspiration from places such as beautiful cities all the way to comic books (his favorite seems to be "Yoko Tsuno"). 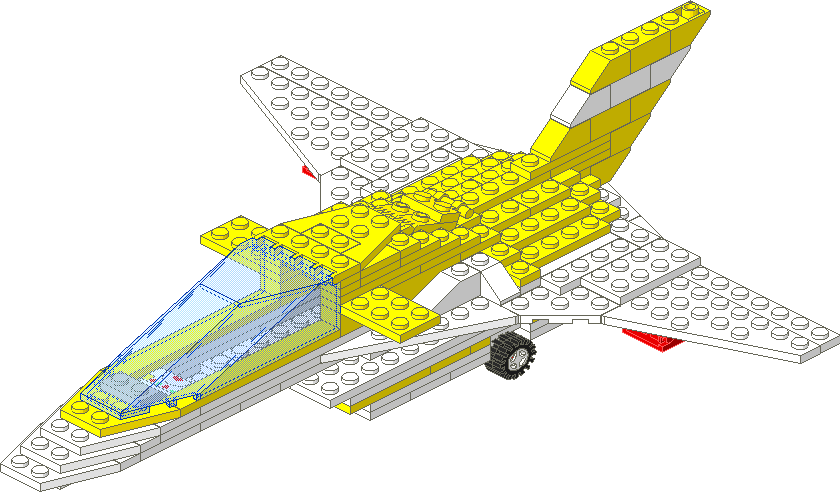 Sal Colibri - From the Yoko Tsuno comic in the issue "Kanonan Fra Kra."

Jacob's favorite set is the #8880 followed closely by the Yacht Club set. His ideal set would be, and I quote, "larger!". He really feels the sets should be more like # 675 and #8880 it seems to open up the imagination and creativity of the user.

Jacob Says: "LUGNET is a great resource for builders and creators." ...and quotes this post from LUGNET, which is the central site for LEGO discission online:

Hi everybody,
Over the last few months, I have begun to come out of my second LEGO Dark Ages. Whereas my first Dark Ages was brought on by *growing up*... ...As stated so simply in the 1979 LEGO US catalog, "The magic of the LEGO concept is best summed up in one word: flexibility".... ...Refocus on building. Refocus on themes. Refocus on detail. Refocus on the integrity of the product and what it stands for, and dont give in to the fear that if its not electronic, people wont buy it. They are different mindsets, and they can co-exist. Look back at your past successes and bring your product lines, themes and sets back in line with where they were. Give LEGO enthusiasts of all ages the opportunity to find that magic again.